It was an early morning in Assisi, we woke up around 6:00 to shower and get ready.  Let me tell you, that memory foam mattress was amazing!  If you ever go to Assisi I would STRONGLY recommend staying at the Hotel Sorella Luna, it was very reasonably priced, the views are amazing, it is incredibly close to the Basilica of St. Francis and is super easy to get to from the train station!

We attended Mass at the Basilica of St. Francis this morning at 7:15. Afterwards we went back to the hotel for breakfast.  The hotel is literally a 4 minute walk to the Basilica which is FANTASTICO!!

At breakfast we were discussing Mass and how we felt it was ten times easier to follow along today than it was on Monday and we realized that on Monday they celebrated the Ambrosian Rite so things were in a little bit of a different order than we are used to.  We gave the sign of peace before the Eucharistic prayers started and there were like 3 mini-homilies throughout.  Today was your typical Roman/Latin Rite and it was really cool to be able to celebrate Mass in the Basilica!

Breakfast this morning was more “Italian” than yesterday:

The croissants were AMAZING! And the salami and ham were delicious as well.  We both commented that we had never seen such a yellow yolk inside of a hard boiled egg before! Of course I also had to have some coffee – Americano this time. 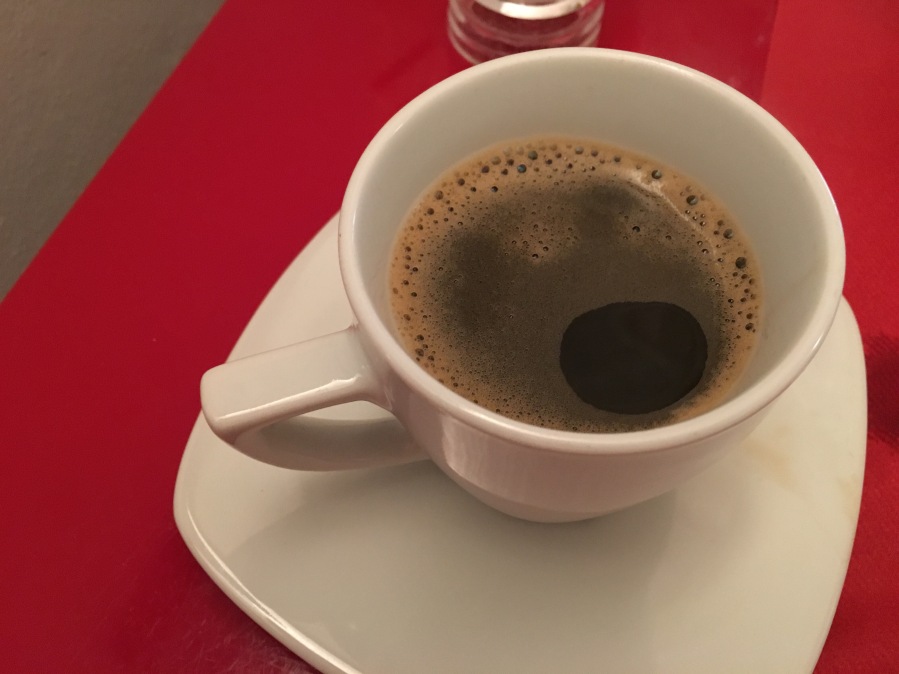 We went back up to the room after breakfast to regroup and get our bags packed.  It was pretty wet and rainy in Assisi today, but the view from our hotel was still spectacular!

We left our bags at the front desk while we went around Assisi since our checkout time was at 11:00am. After dropping our bags, we went back to the Basilica of St. Francis to actually walk around and see everything.  You cannot take photos inside the Basilica but trust me when I say…AMAZING!  We rented an audio self tour so we were able to listen to the history of the frescos that line all of the walls of the Basilica.  Many of the frescos are in bad shape and they have started to fade or have been damaged over the years, so large pieces are missing.  One of the things I found most humerous was in the Upper Basilica.  The audio tour was talking about how the types of paint seen in the Upper vs. the Lower Basilica are different and that the artist decided to experiment with a different mixture of paints in the Upper Basilica.  He said that after he had painted everything and it dried the paint oxidized and faded, so they are rather hard to see.  No one has ever tried to paint over them or try and fix them because they are too scared to mess it up!

After leaving the Basilica we walked up the hill so we could enjoy the view of Assisi: 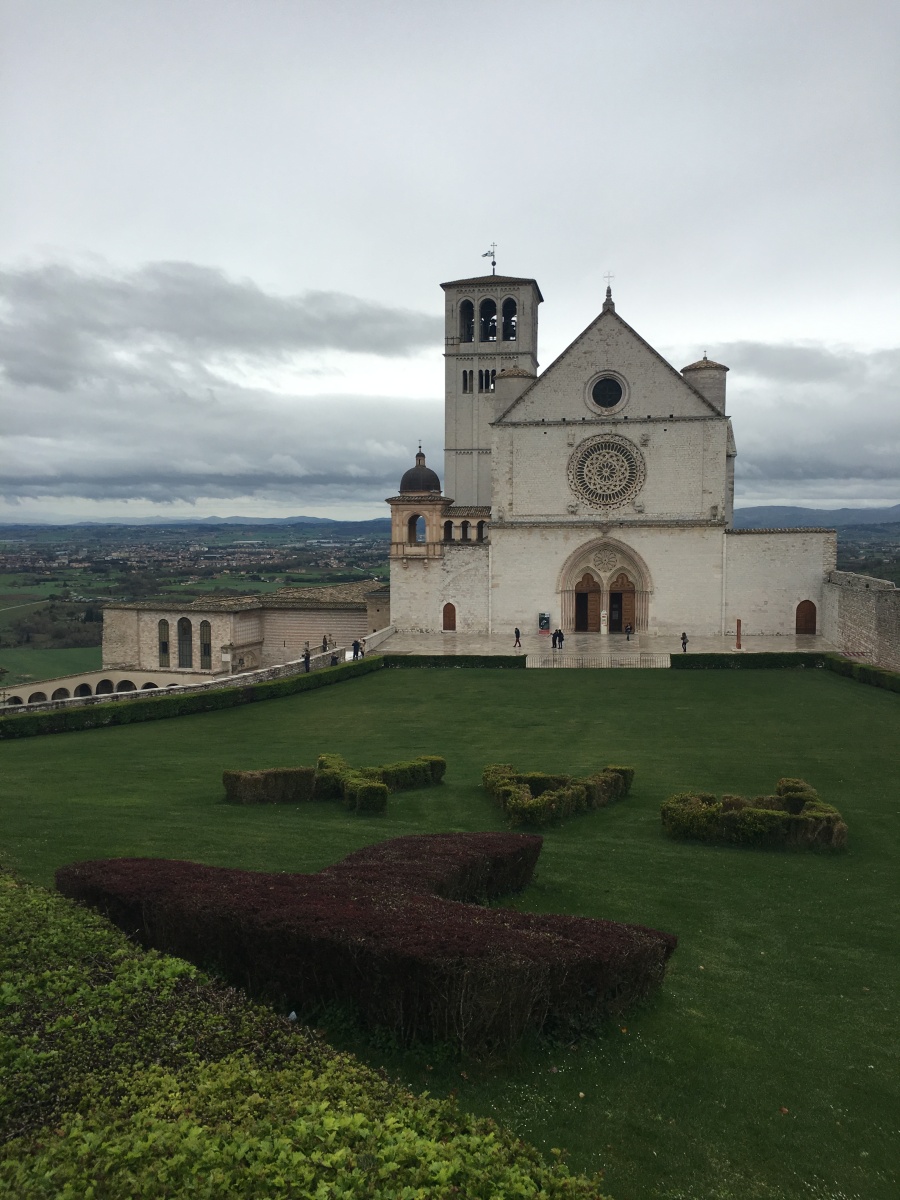 Then we started walked toward the Basilica of St. Clare.  Along the am way we stopped in a few gift shops and grabbed a quick bite to eat in a deli.  We arrived at St. Clare’s around 12:15 only to find out that the church is closed from 12-2.  We were pretty bummed we couldn’t go inside, but did get some pictures of the outside!  In this Church is the Cross of San Damiano which spoke to St. Francis telling him to begin his order and the direction he should take.

Since we weren’t going to be able to go I before we had to leave we started to make our way back to the hotel to grab our bags and head to the train station.  Along the way there were all sorts of little books and crannies that had beautiful piazzas and there were frescos of St. Francis and St. Clare all around the town of Assisi!

Once we had picked up our bags we made our way back to the bus stop and then to the train station.  We were about 45 minutes early for our train so we sat in the little cafe in the station to people watch, play some cards and read.  We then rode back to Florence.  Last night on our way to Assisi it was dark out, but today we were able to see the scenery as we went through the country side, it is a beautiful ride, tons of vineyards and spectacular views of the mountains!

Once we were back in Florence we made our way back to the Villa (we are getting pretty good at the bus system in Florence, which is exciting because the first night was rough)!  Once we were back we repacked our bags for our next trip (we head to Rome tomorrow morning and will be there for a few days). Then we went just up the hill – which by the way is no small feat!  That hill is giant, not paved and long! Haha!  Anyways we went up the hill to a cafe that was recommended to us by the students that are here studying from Benedictine.  They told us we needed to get the “BC Panini.” It is  focaccia bread with salami, tomatoes, onion, lettuce, mozzarella and a special sauce.  Then we went over to the little market and grabbed some fresh fruit and a dessert.  We got everything to go and went back to the Villa and just had dinner in our room.  The dessert I had was a chocolate and filo dough layered pastry and it was very yummy!

After dinner we threw a load of laundry in (I know really excited evening in Italy right?!?) Then we spent some time with Jeremy and Cathe.  It is 11:15 now and we are off to bed!

Also, lots of new saints today so check out the Saint Counter!!